These are the words of CARC Co-founder and visionary, Bob Forrest. Although this statement clearly speaks for the whole history of this incredible organization, it is actually a quote from the February 23, 1975 edition of the “Carlsbad Current Argus.” The statement has become a timeless expression of CARC’s genuinely unique place in the Carlsbad Community.

Prior to becoming CARC, INC., the organization was comprised of a few Carlsbad families struggling to care for their disabled children. Bob and Barbara Forrest were leaders in this group as they worked to care for their youngest son, Gary. “When Barbara and I are gone,” Forrest said in 1987, “we want to know that Gary has a nice place to live and a secure future.”

CARC, INC. officially began in December of 1973 when the New Mexico Bird Farm was purchased to provide a working environment and school for children with developmental disabilities in Carlsbad.

An early component of CARC was that it would never be an institutional setting. Former Executive Director, Larry White told the Albuquerque Journal in 1984, “There’s no way this is an institution. An Institution is an attitude, not a structure. We’re a contributing part of the community.”

That concept encapsulates two of the most vital principles that have contributed to CARC’s success and perhaps most importantly, the success of the clients. Rather than merely writing people off, CARC gives them a community, a job, the care they need, and helps provide them with a genuine sense of self-worth, purpose, and accomplishment in life. “Gary has benefited from CARC because he has a place where he can grow and prosper among his peers.” Bob says about his son.

Yet, CARC would not be the wonderful agency it is today were it not for the tremendous support and dedication of the Carlsbad community. One of the first donations CARC received 35 years ago was a chain saw from the Lion’s Club, according to Bob Forrest. “Every material and monetary contribution from the community has made [CARC] what it is today.” He said that the right people always gave when it was needed.

Throughout these years volunteers have also been the heart and soul of CARC. “A lot of people just need to get out of the house or do something that betters the community,” Barbara said about the volunteers. “Sometimes they help out on a particular project and some have been steady helpers for years.”

An integral part of CARC’s long-term success is the great support it provides to both families with special needs children as well as the support directly to the clients. “Everyone in this situation needs a support system.” Barbara says. She recalls in the early days before CARC, she would depend on the Cerebral Palsy Center and family members. “Sometimes it was just enough time for me to go to the grocery store,” she recalls, “but without that kind of support, I don’t know what I would have done.”

Through abundant community support, not only have our numbers expanded, but also the variety of services we provide. In 1987, Washington Ranch became a satellite site for residential and work operation of CARC, INC. Also located at Washington Ranch are a campground, paintball field, and Main House facility used for various functions, meetings and staff training.

In cooperation with the City of Carlsbad, CARC began running the Rainbow Recycling operation in 1991. This has been successful and is now a well-respected center in the recycling industry. CARC also added the Bargain Store as a dual benefit to the community in 1991. Bargain Store volunteers process items that have been donated to be sold. Community members purchase quality merchandise at inexpensive prices with proceeds benefiting CARC, INC. 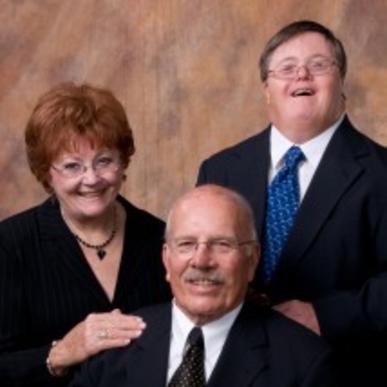 “The only way we have come as far as we have is through all the generous help we’ve received from the community and organizations in Carlsbad.”